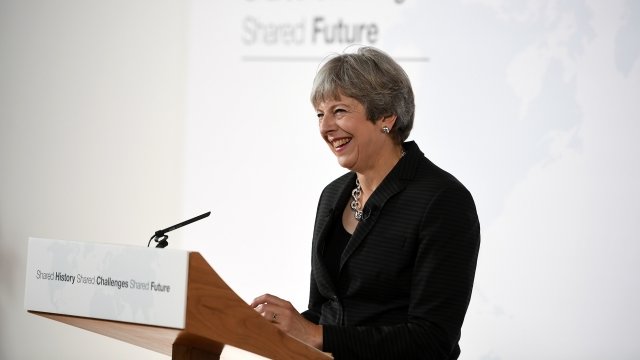 SMS
UK Prime Minister Might Be Softening Her Brexit Stance
By Ethan Weston
By Ethan Weston
September 22, 2017
A lot has changed between Theresa May's Brexit speech in January and this speech.
SHOW TRANSCRIPT

U.K. Prime Minister Theresa May outlined some more concrete plans on Friday for her country's exit from the European Union.

And her stance might have softened a little since her last major Brexit speech in January.

And here's May today: "It is in all of our interests for our negotiations to succeed. ... I believe we share a profound sense of responsibility to make this change work smoothly and sensibly."

And with that softening came hints of a softer Brexit. May said she supports a transitional period after Brexit takes place. During that time, the U.K. would continue to honor agreements made with the EU, and pay its dues. 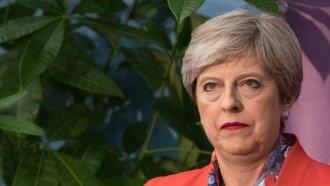 She also made concessions to the EU when it comes to the role its courts would play in the U.K. May promised EU court rulings would be taken into consideration when a U.K. decision affects EU nationals — another shift from her January speech.

But there was stuff she hadn't changed her mind about. May still said the U.K. would leave the EU single market, but she does want to work with EU leaders to form a new economic partnership.

Brexit negotiations seem to have come a long way, but there's still a lot to hammer out before the U.K. officially leaves the EU in March 2019.