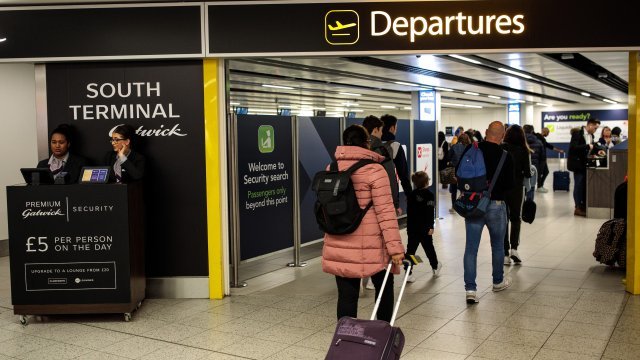 The two people who were arrested in the U.K. in connection to the mysterious drones that caused Gatwick Airport to shut down were released without charges on Sunday.

The first drone was spotted late Wednesday evening prompting Gatwick to close for more than 24 hours. Officials reopened the airport Friday morning, but the drones reappeared and the shutdown was put back into effect.

Sussex police said in a statement that the two people, a 47-year-old man and a 54-year-old woman, fully cooperated with police inquiries and aren't suspects anymore. Authorities are still looking for whomever is responsible for the airport incident.

Officials have said they don't think the drone disturbance was an act of terrorism, but, they do think it was done to deliberately disrupt airport traffic.

Gatwick averages about 770 flights each day, so the shutdown stranded thousands of travelers.

Under U.K. law, drone operators who fly their devices too close to an airport face a maximum sentence of up to of five years in prison and an unlimited fine.

Gatwick was up and running Saturday, and airport officials expected to run a full schedule of flights.