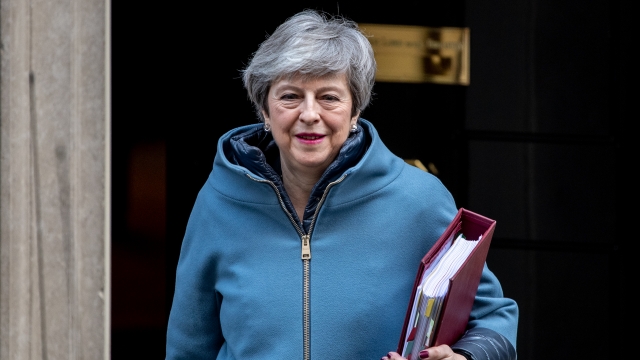 Following months of uncertainty and failed votes, British Prime Minister Theresa May is calling on Parliament to pass her previously defeated Brexit plan this week in order to make upcoming deadlines.

In an op-ed published in the Sunday Telegraph, the prime minister implored MPs to pass her deal, saying it "honours the result of the referendum, addresses the hopes and fears of all sides, and is the very best deal negotiable with the EU."

Parliament voted to ask the EU to postpone Brexit on Thursday, but British leaders are still looking to avoid a no-deal Brexit before the March 29 deadline, when the U.K. will officially split from the EU.

If May can't get her Brexit plan passed soon, she'll likely try to negotiate a Brexit extension at an EU summit that starts on March 21.

If the EU agrees to vote on an extension, all 27 member countries would have to approve it. But right now, it seems unlikely that the EU would even hold a vote without major changes to the U.K.'s current approach.