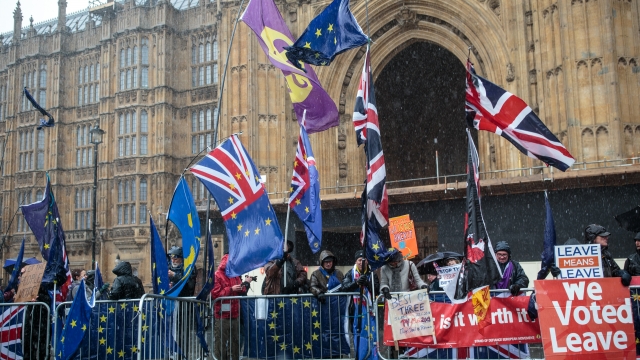 The deal was pretty much the same as the one Parliament rejected back in January. It did have some "legally binding changes" that May and European Commission President Jean-Claude Juncker agreed to on Monday. It included a different approach to the issue of the Northern Ireland backstop, a policy designed to prevent a hard border with Ireland after Brexit. May and Juncker's new agreement ensured that the EU cannot trap the U.K. in that backstop.

But the changes weren't enough to sway members of Parliament. British Attorney General Geoffrey Cox said the updated agreement *could still trap the U.K. in the Irish backstop — one of lawmakers' biggest concerns.

Now, Parliament will vote Wednesday on whether to rule out a no-deal Brexit — an option that could cause chaos in both the U.K and the EU.

And in a highly controversial vote on Thursday, lawmakers will decide on the possibility of delaying Brexit.

There is still a possibility the U.K. could leave the EU without a deal in place.