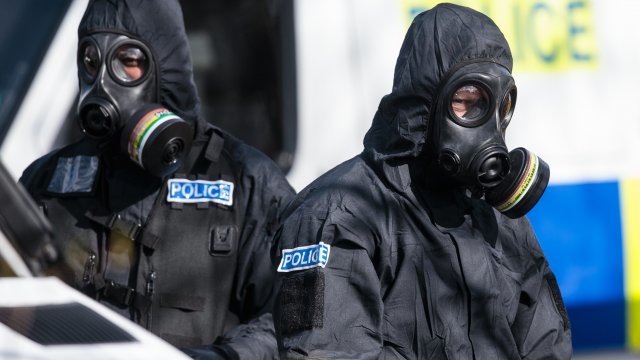 The March 4 attack left Sergei Skripal and his daughter Yulia in critical condition, though doctors say Yulia is "improving rapidly."

British police said the two were probably poisoned at their home in Salisbury since a high concentration of the nerve agent was found on their front door.

Unnamed officials briefed on the investigation told The New York Times that a high-level order usually would be given for an attack as "risky" and "sensitive" as this one. The officials went even further, saying only a person with key training involving the nerve gas could've carried out the attack.

U.K. Prime Minister Theresa May and other world leaders already blamed Russia for the poisoning. More than two dozen countries — including the U.S. — have expelled Russian diplomats in response.

Russia has denied any involvement in the attack.