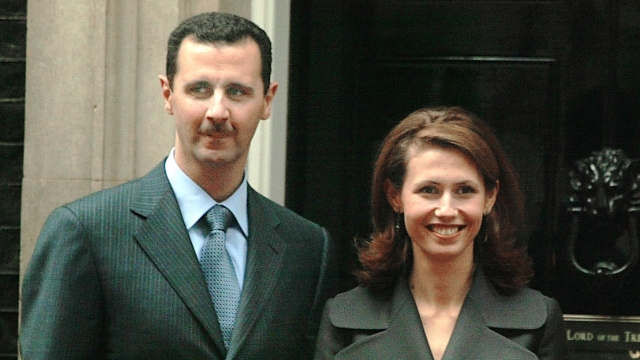 Some members of the U.K. Parliament want the home secretary to revoke the Syrian first lady's U.K. citizenship.

Liberal and conservative MPs have been quoted by various U.K. news outlets as saying Asma al-Assad needs to make a choice: stop defending her husband's regime or lose her citizenship.

Assad, who was born in England, has been married to Syrian President Bashar al-Assad since 2000. That's also the year he assumed leadership of Syria following his father's death.

Though he has denied it, U.S. officials say Assad's regime has launched chemical attacks on civilians. 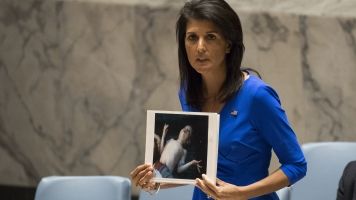 Asma al-Assad has made more public appearances in recent months. In a rare TV interview in October, she told a Russian TV outlet that she declined offers of asylum for herself and her children. She called the offers "a deliberate attempt to shatter people's confidence in their president."

Photos and video of her have appeared more frequently on the Syrian presidency's social media accounts, as well as ones bearing her name.

An April 7 post on her purported Facebook account shared a statement from the Syrian presidency. The statement condemned U.S. strikes on a Syrian airfield, calling the actions "a naive pursuit of a frenzied false propaganda campaign."

Asma al-Assad grew up and attended college in London. She worked in banking in New York and Paris before marrying President Assad.

The couple met during the early '90s, while Bashar was studying to be an ophthalmologist in London. He wasn't expected to inherit the Syrian presidency, but his older brother's death in 1994 changed that.

Early in his presidency, Bashar and Asma al-Assad visited the U.K. and made stops at the hospital where he trained and her childhood neighborhood in west London.