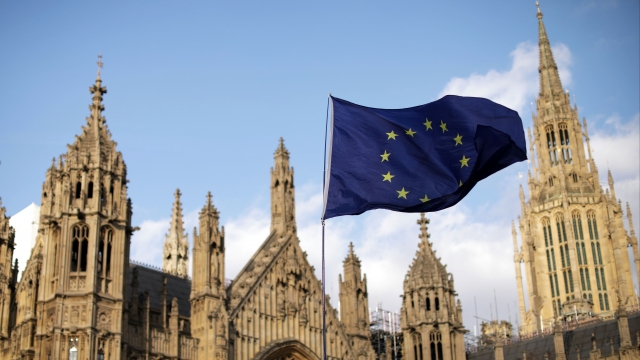 SMS
House Of Lords Approves Bill Forcing May To Seek A Brexit Delay
By Ahmed Jawadi
By Ahmed Jawadi
April 8, 2019
​The House of Lords approved a bill that forces Prime Minister Theresa May to request another Brexit delay from the European Council.
SHOW TRANSCRIPT

The U.K.'s upper house of Parliament has passed a law that prevents the country from leaving the EU without a Brexit deal in place.

On Monday, the House of Lords approved a bill that passed in the House of Commons last Wednesday by just a single vote. The measure effectively outlaws a no-deal Brexit, and it will force Prime Minister Theresa May to request an extension from the European Council if the U.K. can't come to an agreement by the April 12 deadline. It also requires May to consult with Parliament on her extension plans before meeting with EU leaders.

Last Friday, May wrote a letter to EU Council President Donald Tusk asking for an extension until June 30. EU leaders had previously agreed to delay Brexit from its original March 29 date to at least April 12.

Last week, EU Commission President Jean-Claude Juncker ruled out giving the U.K. another short extension, as European Parliament elections are scheduled for May 23. The U.K. would have to participate in those elections if it were still a part of the EU by that time, but it's insisted it doesn't want to take part.

With that being said, a British government spokesperson said in a statement Monday the country has "taken the necessary steps required by law should [it] have to participate" in the European Parliament elections. They added that that doesn't mean the U.K. will participate, "as leaving [...] before the date of election automatically removes [its] obligation to take part."

May will now head to Paris and Berlin on Tuesday to present her request for another short delay. EU leaders will formally discuss the extension during an emergency summit on Wednesday.