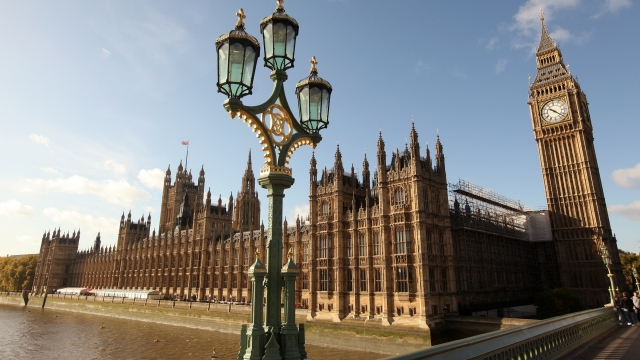 SMS
UK Lawmakers Vote Against Theresa May's Brexit Plan
By Katie Cammarata
By Katie Cammarata
January 15, 2019
May needed support from more than half of the 639 members of parliament who can vote to move the plan forward.
SHOW TRANSCRIPT

U.K. Prime Minister Theresa May's Brexit plan went to a vote in Parliament on Tuesday... and it failed.

May needed support from more than half of the 639 members of Parliament who could vote to move the plan forward. The British government and EU heads of state have already rubber-stamped a preliminary Brexit deal, but the U.K. Parliament still needs to give its approval for any kind of agreement to happen.

Now, May's government only has three parliamentary working days to come up with a backup plan. The deadline for the U.K.'s exit from the EU is coming up quick — March 29.

And if no plan is approved before the impending deadline? There are a few probable options, including a disorderly "no-deal" exit from the EU, the British government possibly collapsing or lawmakers blocking Brexit entirely.