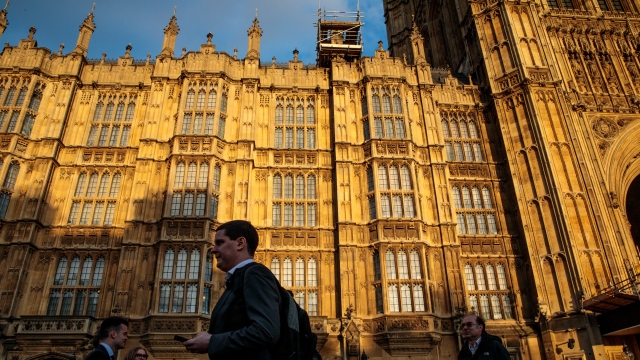 SMS
UK Lawmakers Rule Out A No-Deal Brexit
By Ahmed Jawadi
By Ahmed Jawadi
April 3, 2019
The bill will force Prime Minister Theresa May to request an extension from the European Council if the U.K. can't come to an agreement by April 12.
SHOW TRANSCRIPT

U.K. lawmakers have agreed that the country will not exit the EU without a Brexit deal in place.

The House of Commons voted Wednesday in support of a bill that effectively outlaws a no-deal Brexit. The bill passed by just one vote, and will now head to the House of Lords for approval.

However, the bill also forces Prime Minister Theresa May to request an extension from the European Council if the U.K. can't come to an agreement by the April 12 deadline.

The bill's passage came after May met with Labour party leader Jeremy Corbyn earlier in the day for talks. The prime minister said Tuesday she wanted to meet with the opposition leader to see if they could come to an agreement on a policy both parties will support prior to the EU's April 10 emergency summit on Brexit. Corbyn said the meeting was "useful, but inconclusive," and that talks would continue.

Prior to the vote, EU Commission President Jean-Claude Juncker ruled out giving the U.K. a short extension. Juncker said doing so would "[jeopardize] the European parliament elections, and so threaten the functioning of the European Union." He added that the U.K. has to pass a deal by April 12, otherwise they must sign on to a long delay.