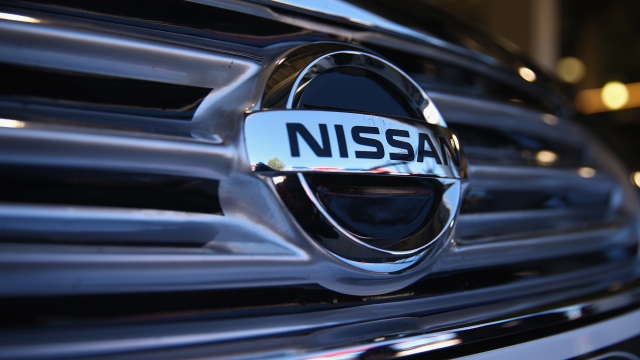 By Katherine Biek
February 5, 2019
A British official says Nissan won't receive the approved government funding after it canceled plans to produce one of its vehicles in the U.K.
SHOW TRANSCRIPT

The British government offered Nissan roughly $104 million in support back in 2016 in an effort to soothe the automaker's financial concerns about the U.K. voting to leave the European Union.

U.K. Business Secretary Greg Clark made the offer to former Nissan Chairman Carlos Ghosn in a letter sent in October 2016. The British government publicly released the letter on Monday.

Nissan's been producing vehicles at its Sunderland plant in the U.K. for decades. And in the letter, Clark told Ghosn it was a "critical priority" for the U.K. to make sure Nissan could continue to export to and from the European Union following Brexit.

Clark's offer of government support was contingent on Nissan's board deciding to move production of two of its models over to the U.K. Days later, Nissan announced it would start making two SUV models in Sunderland following "assurances" from the British government.

But on Sunday, the automaker canceled plans to move production of one of those vehicles — the X-Trail — to the U.K., in part because of uncertainty over Brexit.

It's important to note that the U.K. is less than two months away from its scheduled exit from the EU, and all parties have yet to agree on the same divorce plan. Currently, Nissan's U.K. plant doesn't need to deal with any customs barriers or tariffs for vehicle parts it imports from Europe since all EU states act as a single market. But if the U.K. leaves with no agreement in place for so-called "frictionless trade," it's going to suddenly become a lot more expensive for Nissan to produce cars in Britain.

Clark told Parliament a day later that the British government only ended up formally awarding Nissan about $79 million when the aid package was approved in 2018. Nissan's reportedly only received about $3.4 million of that total.

Since building the X-Trail model in the U.K. was one of the terms of the government funding provided to Nissan, the British government won't be handing over the rest of the money. Clark said Nissan can reapply for support if it wishes.