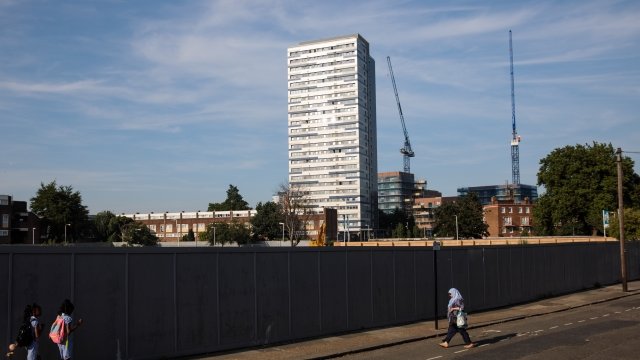 SMS
UK Government Could Ban Combustible Cladding On High-Rise Buildings
By Katie Cammarata
By Katie Cammarata
May 17, 2018
Almost a year after the Grenfell Tower fire, the U.K. government will look into banning a highly flammable cladding on high-rise buildings.
SHOW TRANSCRIPT

The U.K. government will look into banning a highly flammable cladding on high-rise buildings after the Grenfell Tower fire last year killed 71 people in London.

A report on building regulations was released Thursday and said there were "deep flaws" in the rules. But, the report didn't call for a ban on the cladding.

Critics were not happy, so the government said it would talk about it.

Engineer Judith Hackitt, who led the building regulation review, told BBC Radio 4 on Thursday that banning all flammable materials in the cladding wouldn't solve the problem. That's because, she says, people were using the material despite current guidance. 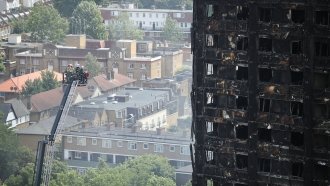 In June, a massive fire engulfed Grenfell Tower. It spread quickly because of the combustible cladding that covered the 24-story apartment building. Cladding on hundreds of other buildings in England failed safety tests done after the fire.

On Wednesday, the U.K. government announced it would spend about $540 million to remove dangerous cladding from tower blocks owned by councils and housing associations.