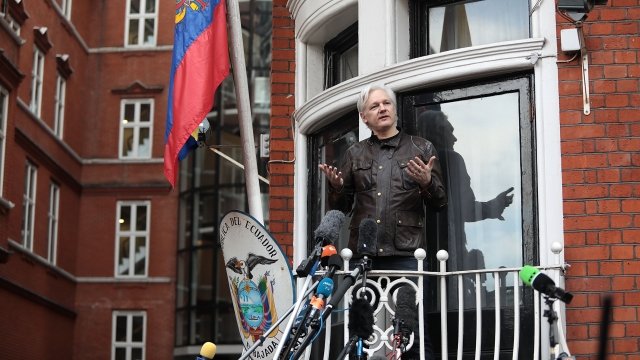 The United Kingdom and Ecuador could be close to striking a deal on the eviction of WikiLeaks founder Julian Assange from the Ecuadorean embassy in London.

Assange has been in the building under diplomatic asylum since 2012. He's been accused of publishing a massive cache of classified documents.

During his yearslong stay there, he's rarely been allowed visitors and has had his internet access revoked.

But Assange could be on his way out of the embassy soon, although his lawyer says he won't voluntarily leave unless he is given assurance that he will be treated "humanely and properly."