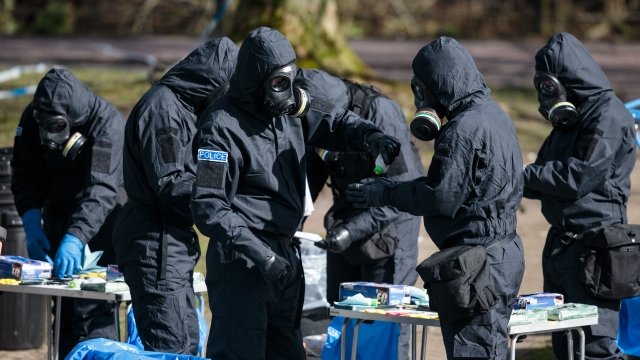 SMS
Prosecutors Charge 2 Russians In Connection With Skripal Poisoning
By Katherine Biek
By Katherine Biek
September 5, 2018
U.K. prosecutors charged the two suspects with the attempted murder of a former Russian spy and his daughter.
SHOW TRANSCRIPT

Alexander Petrov and Ruslan Boshirov are charged with multiple counts, including the use and possession of the nerve agent novichok contrary to the Chemical Weapons Act, and the attempted murder of a former Russian spy and his daughter.

Sergei and Yulia Skripal were rushed to a hospital in critical condition back in March after they were found slumped over on a park bench.

The British government blamed Russia for the attack, but Moscow has repeatedly denied any involvement.

Prosecutors aren't asking the Russian government to extradite the two suspects. But British authorities issued European arrest warrants for them, which means they could be taken into custody if they leave Russia for elsewhere in Europe.