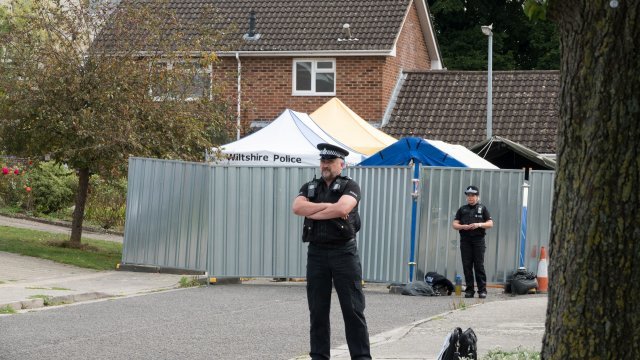 Russia says it won't investigate suspects linked to Novichok poisonings in the U.K., and it's receiving backlash from world leaders.

On Wednesday, British Prime Minister Theresa May accused two Russian military intelligence officers of carrying out a nerve agent attack on a former Russian spy and his daughter in Salisbury, England, in March. May said the plan was "almost certainly" approved by senior government officials. The U.K.'s security minister connected the attack with Russian President Vladimir Putin.

Putin's spokesman called those accusations "unacceptable" and denied that Russian leadership was involved.

During a special U.N. Security Council meeting Thursday, the U.K. announced it'll put out an Interpol red notice on the two suspects. It's already obtained a European arrest warrant and issued charges. That means if the two leave Russia for somewhere else in Europe, they could be detained. Currently, Russia doesn't extradite any of its own nationals.

World leaders from the U.S., France, Germany and Canada issued a statement agreeing with May's assertion and urging Russia to disclose information about its Novichok program to an international chemical weapons watchdog group. The letter also backed the U.K.'s assessment that this case is connected to the nerve agent poisoning of another couple near Salisbury in June.

British authorities say the suspects traveled to England using aliases. Moscow hasn't offered any information about the two or their whereabouts.