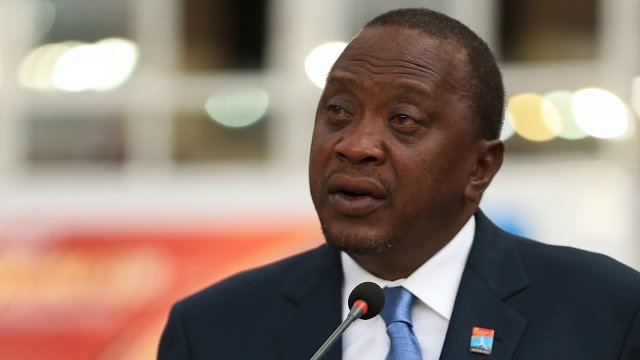 For the second time this year, Kenyan President Uhuru Kenyatta was declared the winner of the country's presidential election.

Kenya's Supreme Court voided the election after deciding it was "not conducted in accordance with the Constitution and the applicable law."

But not long before the repeat election was scheduled to take place, Odinga withdrew from the race. He argued that election officials couldn't oversee a fair vote.

Odinga urged his supporters to boycott the election. But he still managed to win a small fraction of the vote — less than 1 percent.

Still, this contentious presidential race might not be over just yet. Kenya's Ministry of Information told CNN opposition parties have a week to submit a petition to challenge the results in court.