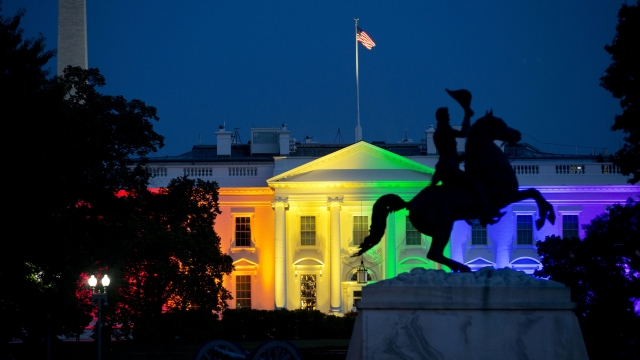 A new study released on the first day of LGBTQ+ Pride Month shows same-sex marriages and weddings have generated close to $4 billion over five years.

According to the Williams Institute at the UCLA School of Law, since the U.S. Supreme Court's 2015 decision on Obergefell v. Hodges — the ruling that legalized same-sex marriage in the U.S. — almost 300,000 same-sex couples have gotten married.

In that time, the study found local and state businesses across the country have taken in $3.8 billion in related revenue.

It based that number on the average number of out-of-state guests as well as couples' direct spending for weddings, amongst other factors.

Researchers say while same-sex weddings cost about $4,000 less on average than heterosexual weddings, they've still helped to support around 45,000 jobs since June 2015.