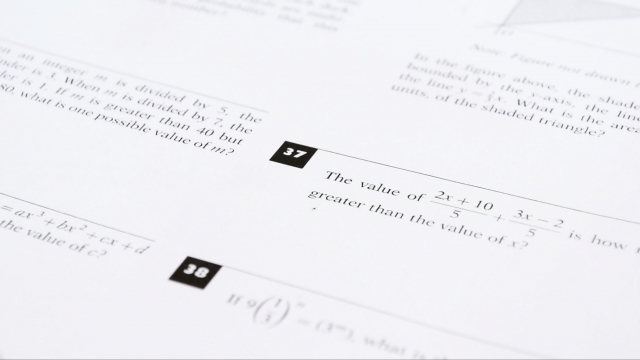 The University of California system will gradually stop using the SAT and ACT exams as part of its admissions process.

The University of California board of regents voted 23-0 Thursday to phase out the exams over the next five years. Under a new plan, the UC system will have four years to develop its own test, which UC President Janet Napolitano said will "more closely [align] with what we expect incoming students to know to demonstrate their preparedness for UC." If it doesn't come up with a satisfactory test, UC will eliminate the standardized testing requirement for applicants in California.

Advocates say the standardized tests are unfair because some students can't afford to take them. More than 1,000 colleges and universities have already made the exams optional.

A spokesman for the College Board, which oversees the SAT, told The Wall Street Journal that its mission is to give all students opportunities to show their strengths. He said, "We must also address the disparities in coursework and classrooms that the evidence shows most drive inequity in California."

The UC system already voted last month to temporarily stop using the tests for one year because of the coronavirus pandemic.