Uber Suspends Its Autonomous Vehicle Testing After A Fatal Crash 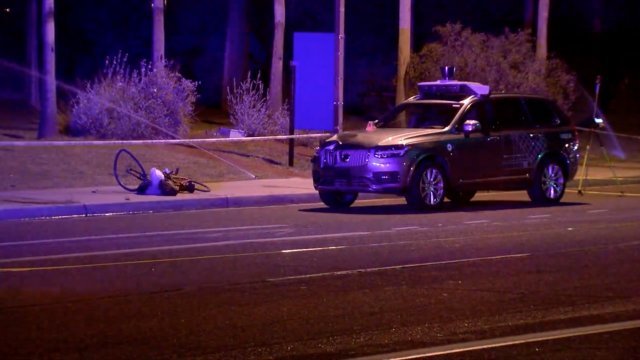 SMS
Uber Suspends Its Autonomous Vehicle Testing After A Fatal Crash
By Austin Kim
By Austin Kim
March 19, 2018
After an autonomous vehicle struck and killed a woman in Arizona, Uber says it's halting its self-driving vehicle tests.
SHOW TRANSCRIPT

Uber is suspending testing of its self-driving car program after a woman was hit by an autonomous vehicle.

Newsy's partner KNXV in Arizona reports an SUV hit a woman as she was walking outside a crosswalk early Monday morning. She later died at the hospital.

According to Tempe police, the person operating the vehicle had the SUV in autonomous driving mode when it struck the woman. No passengers were inside.

After hearing about the news, Uber pulled its self-driving cars off the road in all its test cities. The company was testing in Phoenix, Pittsburgh, Toronto and San Francisco.

This is believed to be the first pedestrian death involving an autonomous vehicle. Uber said it is cooperating with local authorities. The National Transportation Safety Board also confirmed it's opening an investigation.