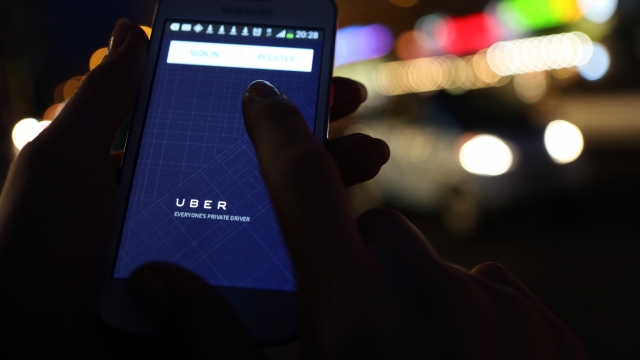 SMS
Uber Gets An Underwhelming Response To Its Public Debut On Wall Street
By Cristina Mutchler
By Cristina Mutchler
May 10, 2019
Uber started trading on the New York Stock Exchange Friday at $42 a share, which is lower than its IPO price of $45 per share.
SHOW TRANSCRIPT

Uber made an underwhelming public debut on Wall Street Friday.

The ride-hailing company started trading on the New York Stock Exchange at $42 per share, down from its initial public offering price of $45 a share. That values the company at around $77 billion.

Even though the original IPO list price was at the lower end of what analysts had been predicting, it still makes Uber one of the biggest IPOs in history.

It's worth noting that Uber's public transition comes during a tense time for the markets as investors react to new tariffs on Chinese goods.

Uber's IPO also follows rival Lyft's listing on the Nasdaq in March, which has so far had a less-than-stellar reception.

And investors are still keeping an eye on Uber's slowing growth. The company reported an estimated net loss of more than $1 billion in the first quarter of 2019.

But Uber's no stranger to scrutiny. It's had its share of criticism over safety issues and company culture in recent years.

As Bloomberg points out, the question remains if there's enough investor demand to accommodate for an expected influx of Silicon Valley companies like Pinterest, Airbnb and Slack.

Experts have noted it's a good sign that the market isn't shunning public offerings. According to Bloomberg, there were more U.S. big tech public debuts in 2018 than in any other year since the 2008 financial crisis.