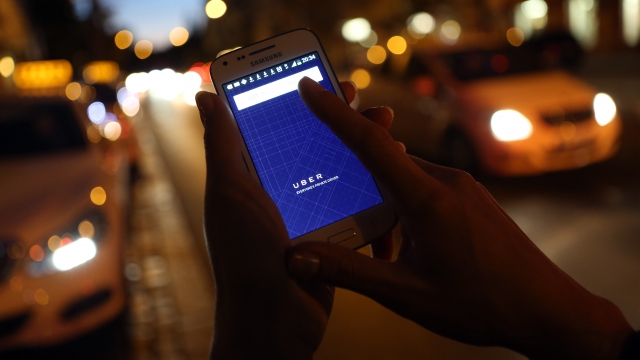 SMS
Uber Settles Class-Action Lawsuit For $20 Million
By Katherine Biek
By Katherine Biek
March 13, 2019
In the lawsuit, drivers in California and Massachusetts claim Uber classifies them as independent contractors to get out of providing benefits.
SHOW TRANSCRIPT

Uber has agreed to a $20 million settlement in a yearslong legal battle over its policy of classifying drivers as independent contractors.

The lawsuit was originally filed in 2013 and later granted class-action status. In it, drivers in California and Massachusetts claimed the ride-sharing company was classifying them as freelancers as a way to get out of providing benefits and paying them a minimum wage.

Uber offered in 2016 to settle the suit for as much as $100 million — so long as it could continue to classify the nearly 400,000 drivers as independent contractors. But a judge rejected the settlement, claiming the amount was "not fair, adequate, and reasonable."

Since then, the number of drivers taking part in the suit has decreased to about 13,600. That's because an appeals court ruled some of the litigants had to go through arbitration instead of having their claims heard in open court.

The attorney representing the drivers in the case estimates each would receive roughly 37 cents for each mile they've driven for Uber under the terms of the new agreement. As of Wednesday morning, the settlement still needed to be approved by the judge.