Uber's Ride-Hailing War In China Is Getting Ugly 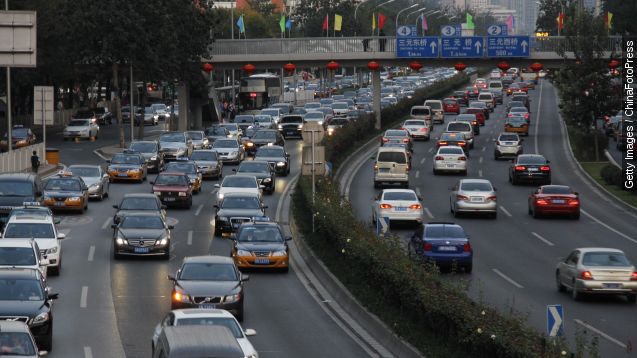 SMS
Uber's Ride-Hailing War In China Is Getting Ugly
By Katie Link
By Katie Link
September 3, 2015
Uber is trying to expand to China, but competition there from native ride-hailing app Didi Kuaidi is making that tough.
SHOW TRANSCRIPT

Two major ride-hailing companies in China are battling it out to win business, and it's getting ugly. (Video via Uber)

The two contestants are Uber and Didi Kuaidi. Didi Kuaidi, which translates to "beep beep fast cab," has been the reigning champ in the game of private transportation, thanks in part to backing from Chinese Internet giants Alibaba and Tencent.

The native car service employs around 4,000 people and operates in more than 80 Chinese cities. By comparison, in China, Uber only has 200 employees and operates in 16 cities.

But, Uber's not-so-quiet plans to expand have caused some trouble. Uber is racking up investor money and plans to spend $1 billion to gain some market share in the country.

Uber CEO Travis Kalanick told investors: "You're not going to find a country with 80-plus cities over five million people anywhere else. The vastness of the opportunities really isn't matched in any other market."

But, even as Uber and Didi Kuaidi are competing to take Chinese passengers where they need to go, in most Chinese cities, ride-hailing companies are actually illegal.

Government officials have started to crack down on drivers and fine them, blaming them for traffic congestion and accusing them of avoiding taxes.

But drivers still really want to work for both Didi Kuaidi and Uber. The companies are offering drivers weekly bonuses to stay competitive.

And that's not even the worst of it. Uber thinks one of the Internet companies that backs Didi Kuaidi deleted Uber from its popular messaging app WeChat, which made it harder for Uber to find riders. (Video via WeChat)

As Kalanick says, competing for drivers and customers in China is "not for the faint of heart."