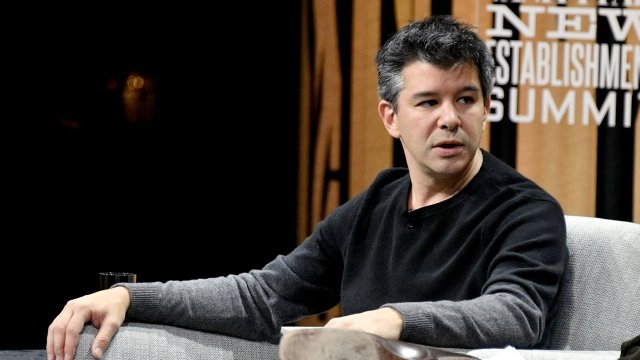 SMS
Uber's Co-Founder Could Soon Become An Actual Billionaire
By Katherine Biek
By Katherine Biek
January 5, 2018
Travis Kalanick is reportedly selling some of his Uber shares as part of a broader investment deal. He's expected to make $1.4 billion.
SHOW TRANSCRIPT

Ousted Uber chief Travis Kalanick stands to make a pretty penny off some of his company shares.

Bloomberg reports Kalanick plans to sell nearly one-third of his Uber shares as part of a deal struck by SoftBank Group Corp. and a group of investors.

By purchasing shares from early investors and employees, the Japanese conglomerate-led group will end up owning about 17.5 percent of the ride-hailing company. As for Uber, the deal implies it's worth $48 billion. Certainly not chump change.

Kalanick stands to make about $1.4 billion from selling his shares, making him a billionaire for the first time. 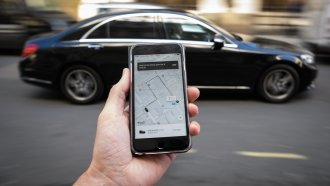 Not that he hasn't been one on paper. The former Uber CEO owns 10 percent of the company. But since this will reportedly be Kalanick's first time selling any of his Uber stock, a lot of his money is tied up in the business.

And he doesn't even run Uber anymore. Investors pressured Kalanick to resign last June after the company went through multiple public relations disasters, including sexual harassment allegations and a legal battle over alleged stolen technology with the Google spinoff Waymo.

Uber's deal with SoftBank will also reportedly limit Kalanick's influence at the company, such as by blocking him from being appointed chairman of the board. Kalanick hasn't commented on the deal.