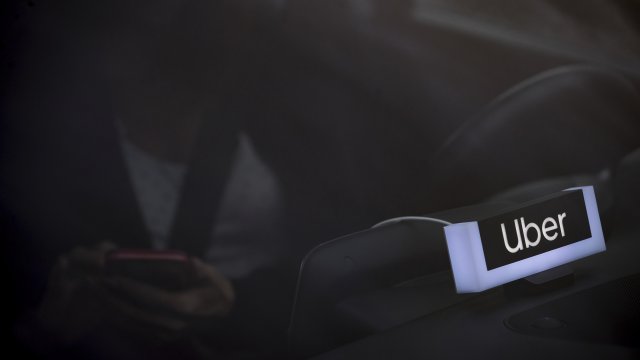 SMS
Uber Plans To Go All-Electric By 2030 To Get Greener
By Nathan Byrne
By Nathan Byrne
September 9, 2020
The rideshare service says its vehicles' carbon emissions are 41 percent higher than the average privately owned car.
SHOW TRANSCRIPT

Uber is pledging to only offer rides in electric vehicles by 2030 for its customers in major U.S., Canadian and European cities.

The company's CEO, Dara Khosrowshahi, told CNN Uber plans to expand electric cars beyond those cities. But he said it'll take a little more to make it happen.

"By 2040, we hope to be all-electric all over the world," said Khosrowshahi. "But this is a team effort. We need help and we need infrastructure that is required to go all-electric, especially in the large cities of the world."

The rideshare service says its vehicle carbon emissions are 41 percent higher than the average privately-owned car. That's because of the time its drivers are alone driving without passengers and Uber aims to get greener.

Uber said drivers with electric or hybrid vehicles will get extra money per trip during the transition. The company said that it would spend $800 million to help workers switch to electric.

The company's pledge comes after competitor, Lyft, made a similar announcement in June.