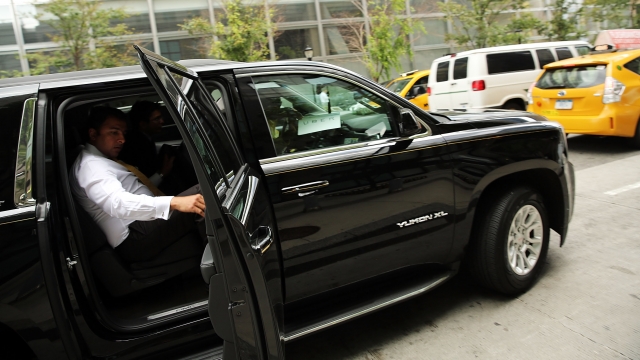 Uber is one step closer to going public on the New York Stock Exchange.

The ride-sharing company filed the necessary SEC paperwork Thursday to start trading. That could happen as soon as next month.

Experts predict this could be one of the biggest initial public offerings in history, potentially valuing the company at some $100 billion.

Uber's move comes after ride-sharing service Lyft listed on the Nasdaq last month, the first in a series of expected tech IPOs this year.

One surprise in Uber's filing? The disclosure that it lost almost $2 billion last year, which may not sit well with investors.

But the company's no stranger to scrutiny. Uber's had its share of criticism over safety issues and its company culture practices in recent years. In fact, in a letter to shareholders, current CEO Dara Khosrowshahi acknowledged the company's missteps and challenges.

Experts say it's a good sign that the market appears to be craving public offerings. According to Bloomberg, there were more U.S. big tech public debuts in 2018 than in any other year since the financial crisis, and 2019 is also expected to be strong.