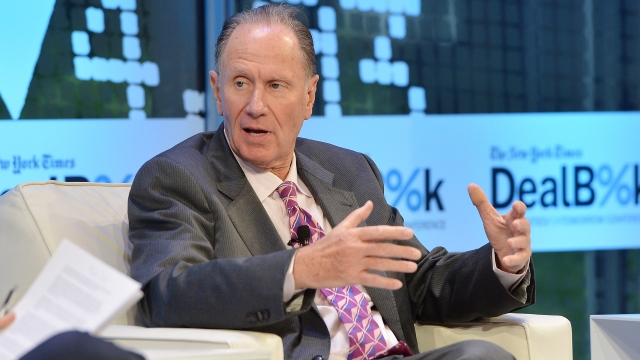 SMS
Board Member's Comment About Women Highlights Uber's Troubles — Again
By Jake Jones
By Jake Jones
June 14, 2017
His comments were made during a meeting focused on diversity and moving on from the company's troubled past.
SHOW TRANSCRIPT

An Uber board member has resigned over a comment he made about women as the company continues to struggle with its public persona.

The ride-hailing company adopted a set of recommendations Tuesday to improve its management and culture following reports of widespread discrimination, sexual harassment and shady business practices.

The company held an all-hands meeting about those changes. And audio leaked to Yahoo shows this exchange between board members David Bonderman and Arianna Huffington just six minutes in:

"Actually, what it shows is it's much likely to be more talking," Bonderman interjected.

Huffington, who is currently the only woman on Uber's board of directors, was discussing the addition of a second woman — Wan Ling Martello, a Nestle executive.

Bonderman quickly apologized for the comment. In a statement, Huffington thanked him for "doing the right thing for Uber at this time of critical cultural changes at the company."

His resignation follows the loss of several Uber executives. It also comes hours after CEO Travis Kalanick agreed to take a reduced role in the company going forward.