Uber And Lyft Back Up Threats To Stop Services In Austin, Texas 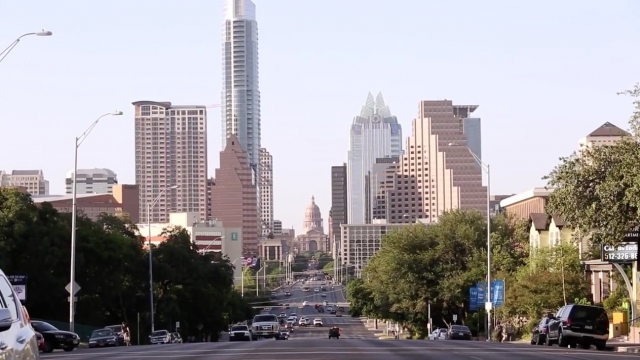 SMS
Uber And Lyft Back Up Threats To Stop Services In Austin, Texas
By Ryan Biek
By Ryan Biek
May 8, 2016
The companies had said they'd stop services in the city if Proposition 1 failed. It was rejected by 56 percent of voters on Saturday.
SHOW TRANSCRIPT

Uber and Lyft are calling off rides in Austin, Texas, after votes for a proposed law didn't go their way.

Proposition 1 would've prevented two things the ride-sharing companies were desperately trying to avoid: mandatory background checks, including fingerprinting drivers, and a ban on picking up passengers in traffic lanes.

The two companies spent almost $9 million in political contributions leading up to the vote — more than 60 times what those against the proposition raised.

Despite threats from Uber and Lyft of discontinuing services if the ordinance failed, 56 percent of voters rejected Proposition 1 on Saturday.

Threats like those leading up to the vote have been Uber and Lyft's pattern. Uber stopped giving rides in San Antonio last year until legislation tilted its way. And Lyft left Houston out of protest in 2014.

If Uber and Lyft didn't stop giving rides in Austin, their main bargaining move might've seemed like a bluff.

Fingerprinting alone has become an issue for the companies all over the country. In Uber's case, district attorneys in San Francisco and Los Angeles said last year they uncovered 25 drivers with criminal backgrounds.

Uber has argued fingerprint-based background checks aren't necessarily more accurate. But there's another reason the company has been against the extra step.

Both Uber and Lyft have struggled to classify their drivers as contractors instead of employees — a title that would be much more expensive given all the benefits, unemployment taxes and more they'd likely have to pay.

Some are arguing that asking someone to go through the extra background check would mean the company's exercising control over the person. In a broad sense, that's something legally reserved for employees, not contractors.

Uber has said it will stop its services in Austin starting Monday morning, though Lyft has softened its stance a bit. The company had previously said it would "shut down" but is now saying it will "pause operations" on Monday.