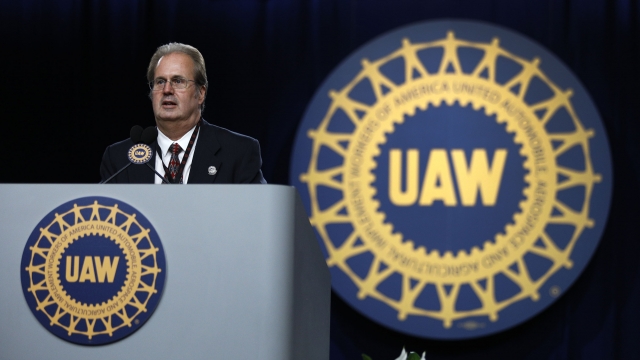 The United Auto Workers union could call for its members to strike if it can't reach a deal with General Motors before midnight Saturday. Negotiations between the union and GM are reportedly the most contentious in years.

If a deal isn't reached by Saturday's deadline, UAW can either call a strike or ask for an extension of the current contract. It's already extended contracts with both Ford and Fiat Chrysler.

The UAW represents more than 395,000 workers, including many temporary workers who receive lower wages and fewer benefits despite paying union dues. The union says automakers have made some workers "perma-temps," and it sued GM over the issue in January.

The union clashed with the U.S.' largest automaker last year as well. It vowed to fight a GM plan to close four plants in Michigan and Ohio, a move that could impact 10,000 workers.

UAW, though, isn't without its own problems. The Detroit News reports the union lost at least 35,000 members in 2018, citing Department of Labor statistics.

And on Thursday, federal authorities implicated some union officials, reportedly including President Gary Jones, in the misappropriation of union funds. That scandal and potential closure of the four GM plants won't do much to help UAW in negotiations.

Kristin Dziczek, vice president of the Center for Automotive Research, told The Detroit News: "GM has no interest in having a weakened UAW. They don't want to reach a tentative agreement with leadership on the other side of the table who can't get it ratified by rank and file."