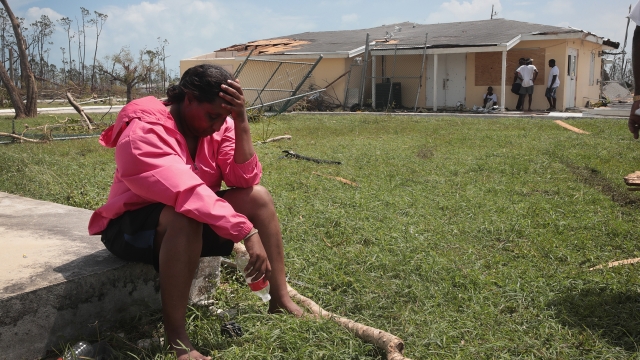 The U.S. will not grant temporary protected status to people fleeing devastation on the Bahamas from Hurricane Dorian.

Acting Customs and Border Protection Commissioner Mark Morgan said just a few days ago that the Trump administration was considering extending the status to Bahamian evacuees.

The status would have allowed Bahamians to stay and work legally in the U.S. until things get better back home. It's been used for people hit by natural disasters in the past. The Obama administration granted TPS to tens of thousands of Haitians after a massive earthquake in 2010.

Hurricane Dorian hit the Bahamas earlier this month as a Category 5 storm, displacing more than 70,000 people and leaving widespread destruction across the islands. At least 50 people were killed, and the death toll is still expected to rise.

On Thursday, the Bahamian government said around 1,300 people had been reported missing. The day before, the government had said around 2,500 people were reportedly missing, but that number dropped significantly after it cross-referenced databases.

President Donald Trump says Bahamians can still evacuate to the U.S. as long as they have "totally proper documentation."