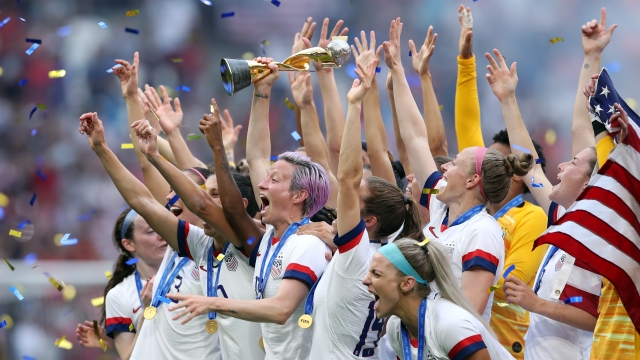 A California district judge scheduled the trial date for their pay discrimination lawsuit against the U.S. Soccer Federation for May 5, 2020. That's about 11 weeks before the team competes in the Olympic soccer tournaments in Tokyo.

The suit — which all 28 members of the women's team signed onto — accuses the federation of paying the women less, denying them the same playing, training and travel conditions, and promoting their games less than the men's team.

The two sides did try to come to an agreement in mediation, but last week the women's team ended those talks "sorely disappointed." The New York Times points out the trial date could force the two sides back to the negotiating table to try and avoid interrupting the team's preparations for the 2020 Games.

The federation has denied the gender discrimination allegations, saying the women's and men's teams have separate collective bargaining agreements.

A spokesperson for the team said, "We have every confidence that these world champion athletes will get what they legally deserve — nothing less than equal pay and working conditions."