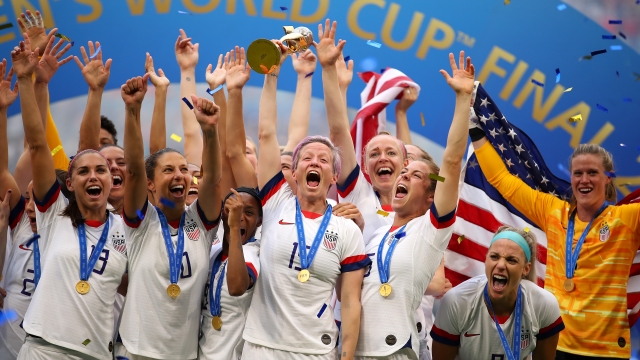 The U.S. women's soccer team is stepping away from mediation talks with the U.S. Soccer Federation and taking their fight for equal pay to court.

Molly Levinson, a spokeswoman for the players, said they're ending mediation meetings "sorely disappointed." Levinson said the USSF and its president "fully intend to continue to compensate women players less than men."

A USSF spokesman responded to the players' decision to end talks saying, "Unfortunately, instead of allowing mediation to proceed in a considerate manner, plaintiffs' counsel took an aggressive and ultimately unproductive approach that follows months of presenting misleading information to the public in an effort to perpetuate confusion." The USSF said in its statement that its compensation and support for the women's teams "exceeds any other women's team in the world."

In March, all 28 members of the team signed onto a lawsuit accusing the federation of paying them less than men; denying them the same playing, training and travel conditions as men; and promoting their games less than men's. And in June the two sides agreed to mediation.

Levinson said the women's team "will eagerly look forward to a jury trial."