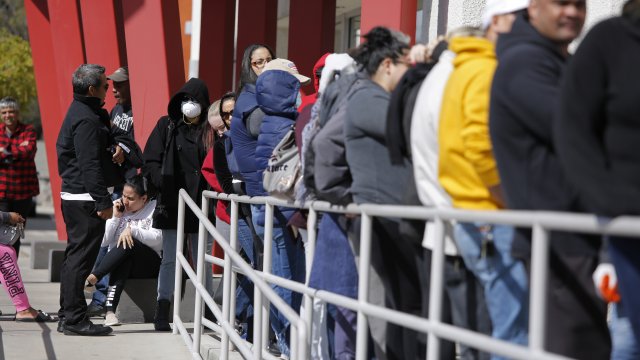 That’s below the previous week’s 1.8 million claims, and marks the 10th week of declines since claims peaked in March. But it’s still nearly seven times higher than pre-pandemic levels.

The states hit the hardest include California, Florida, Georgia, and Texas.

This comes less than a week after the Bureau of Labor Statistics reported the economy unexpectedly added 2.5 million jobs in May — far exceeding economists’ expectations.

But Wednesday, Federal Reserve Chairman Jerome Powell said the pace of recovery remains uncertain despite May’s jobs numbers, and he estimates the unemployment rate will be 9.3% at the end of the year.