Veteran-Focused Website Is Run By Russia And Pushes Vaccine Skepticism 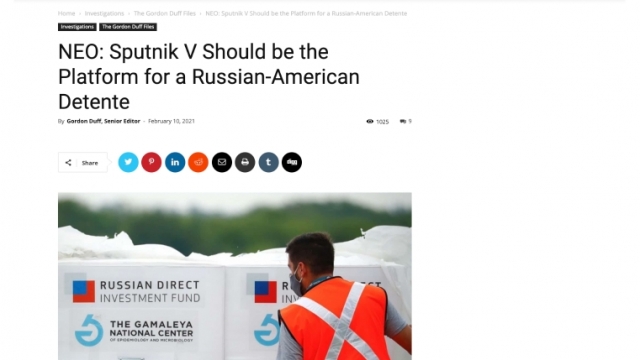 A look at its headlines on the pandemic: Claims that Russian vaccine Sputnik V “should be the platform for a Russian-American detente” because “it’s the only way of bailing America out” -- and “flaws” in Pfizer’s vaccine.

"The Russians are pushing vaccine skepticism into the veterans community, especially for Black veterans and veterans of color. If a veteran is fooled by Russians into thinking that the vaccine isn't safe, they're more likely to die," says Kristofer Goldsmith, founder and president of High Ground Veterans Advocacy.

"I lived in an infantry world holding a gun on the streets of Baghdad. I was never taught how to expect and defend myself against attacks from foreign adversaries online," he said.

Veterans Today explicitly states it has "NO RUSSIAN SPONSORS." When Newsy contacted senior editor Gordon Duff, he suggested Newsy was under the influence of foreign intelligence and denied an official link to Moscow.

Duff declined an on-camera interview but did tell us the site is “currently under federal investigation” and that he’s suspected of being a Russian agent. The FBI declined to comment.

"So why would a website that is known to be run by Russia’s security service be left online?" Newsy national security reporter Sasha Ingber asked former FBI Special Agent Kenneth Gray.

A Pentagon official testified this week that the Defense Department is developing a digital literacy initiative for service members.

Veterans Today doesn’t have a large following, despite a nearly two-decade existence. But it saw a significant rise in visitors in January, around the time of the Capitol insurrection.