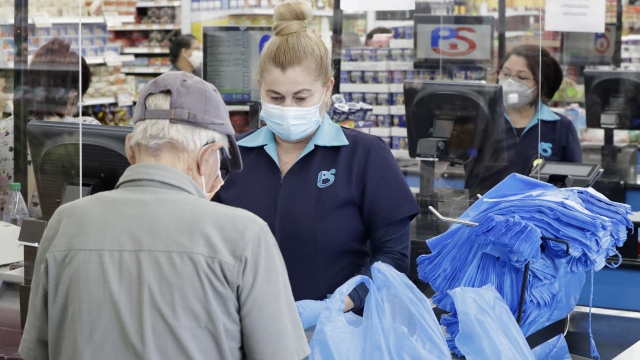 Experts had predicted unemployment would rise historically, but it actually fell.

America's unemployment rate has fallen to 13.3% after job gains of 2.5 million in May.

That's according to the latest jobs report from the Department of Labor. Experts had predicted the unemployment rate would actually rise to nearly 20%. With the unexpected change in course, Dow futures jumped 600 points. The Bureau of Labor Statistics says the reversal reflects economies starting to reopen across the country.

In March, the U.S. started widespread coronavirus lockdowns, leading to mass layoffs, furloughs and underemployment. More than 21 million jobs were lost in March and April, reaching an unemployment rate of 14.7%. Leisure and hospitality was the hardest-hit sector.

But in May, data shows leisure and hospitality — along with construction, retail, and education and health services — saw a hiring spike.

Overall, the average hourly wage for workers fell by about 29 cents an hour. This likely reflects the fact that most jobs gained were among lower-paid workers.