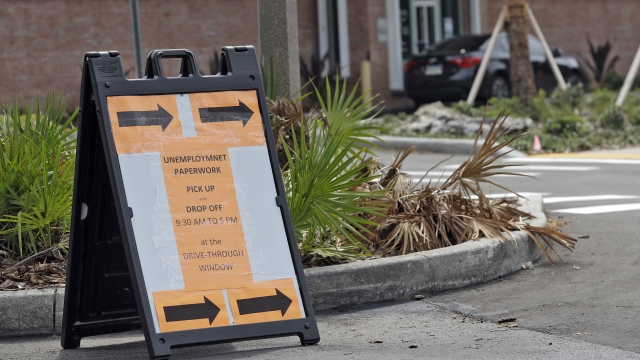 Some economists say the unemployment rate could reach as high as 20% in April, which would be the highest since the Great Depression of the 1930s.

The coronavirus pandemic has caused the U.S. economy to flip since October, when the unemployment rate fell to its lowest level in decades.

Industry shrunk to levels not seen since the U.S. demobilized following WWII. The Federal Reserve said manufacturing output fell 6.3% in March, with the automotive industry taking the brunt of the hit.

Retail employees and leisure and entertainment industry workers have also been hit particularly hard, as public spaces began shutting down last month to combat the coronavirus. March saw a record drop in U.S. retail sales. But, a new government program to aid small businesses might start helping to reduce the number of claims.

The rapid growth in the number of unemployed people is overwhelming many state labor departments. Many newly out-of-work Americans are complaining of not being able to connect with state agencies to complete applications for unemployment checks.