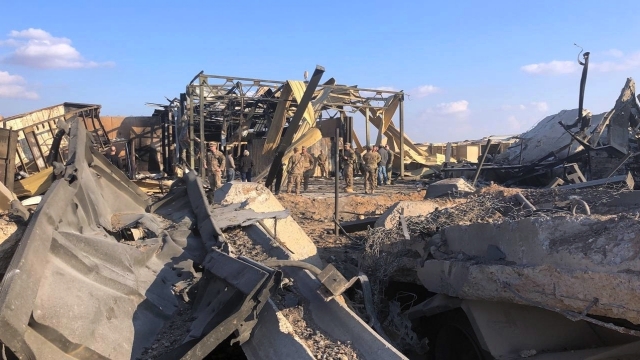 The U.S. military says 11 of its troops stationed in Iraq are being treated for concussions following an Iranian missile attack on two air bases.

President Donald Trump and the Pentagon initially said no American soldiers were killed or injured in the Jan. 8 attack.

But a defense official told CNN, "That was the commander's assessment at the time. Symptoms emerged days after the fact, and they were treated out of an abundance of caution."

The CDC says it can take weeks, sometimes even months for concussion symptoms to appear.

A spokesman for U.S. Central Command says the 11 service members have since been transported to hospitals in Germany or Kuwait for screening. All are expected to return to Iraq once they're deemed fit for duty.