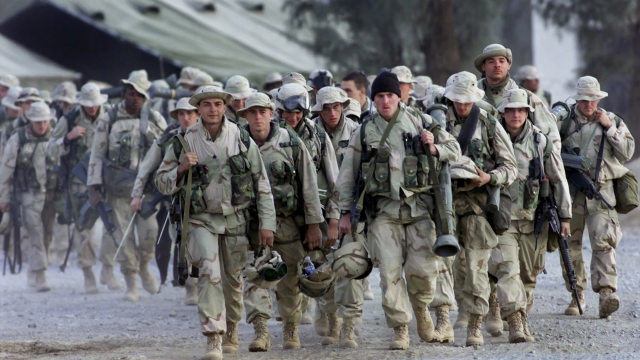 SMS
U.S. Troop Withdrawal Begins Despite Tensions In Afghanistan
By Meg Hilling
By Meg Hilling
March 10, 2020
Military officials say conditions-based reduction of troop levels to 8,600 is underway and will take place over the next 135 days.
SHOW TRANSCRIPT

The U.S military says it has begun withdrawing troops from Afghanistan in accordance with the U.S.-Taliban peace agreement.

The peace treaty, signed earlier this month, states that the U.S. will withdraw 13,000 troops within 14 months if the Taliban cooperates with preventing terrorist attacks. U.S. military officials say the initial conditions-based reduction of troop levels to 8,600 is underway and will take place over the next 135 days.

This withdrawal comes as political fighting between Afghanistan's government and the Taliban escalates, placing negotiations between the two on hold. At the center of the tension is debate surrounding recent presidential election results and a delay in the release of thousands of Taliban prisoners by President Ashraf Ghani.

According to the Associated Press, the withdrawal of U.S. forces is only tied to the Taliban meeting conditions in the peace treaty, not to the political stability of the country or any outcomes in the all-Afghan peace talks.