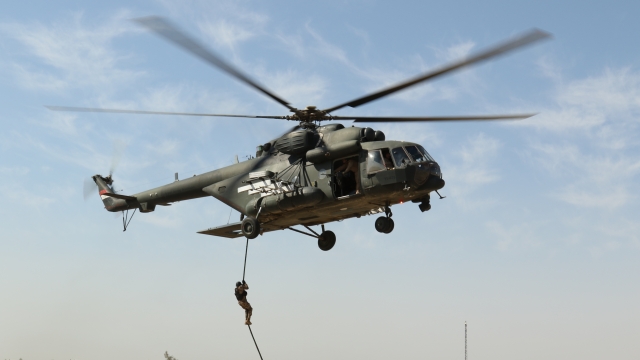 The Pentagon says the stop order will impact 90,000 service members and their families, as well as civilian personnel.

Defense Secretary Mark Esper ordered a stop to all U.S. troop movements for 60 days because of the coronavirus pandemic.

The Pentagon says the stop order will impact 90,000 service members and their families, as well as civilian personnel.

The Pentagon reports that hundreds of service members have tested positive for COVID-19.

There are a few exceptions to the order. Navy ships will still be allowed to deploy if they're going to be in transit for at least 14 days. People seeking medical treatment, as well as medical providers, will also be allowed to travel.

The order will also not impact the ongoing drawdown of U.S. troops currently stationed in Afghanistan.