As Immigration Jails Fill Up, Detainees Are Moved To Federal Prisons 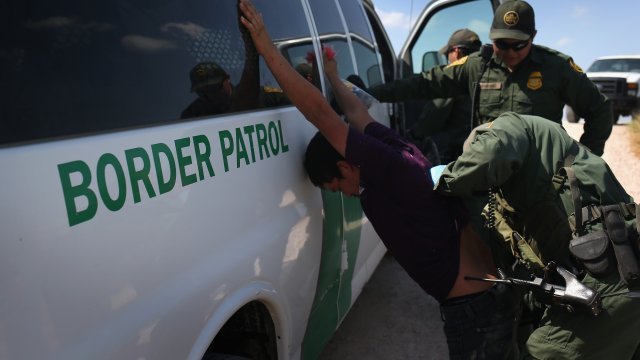 SMS
As Immigration Jails Fill Up, Detainees Are Moved To Federal Prisons
By Ben Schamisso
By Ben Schamisso
June 8, 2018
The use of federal prisons to house immigration detainees comes a month after Jeff Sessions said he would prosecute all illegal border crossers.
SHOW TRANSCRIPT

The Trump administration announced Thursday that it is transferring about 1,600 detainees awaiting deportation hearings into federal prisons.

The large-scale use of federal prisons to house immigration violators is unprecedented. And it comes just a month after Attorney General Jeff Sessions announced his zero-tolerance policy toward illegal border crossers.

"If you cross the border unlawfully, even a first offense, then we're going to prosecute you," Sessions said.

The result of that policy — together with Trump's efforts to stop paroling detainees — has been a significant increase in border detentions. That's why the White House needs additional prison bed space. 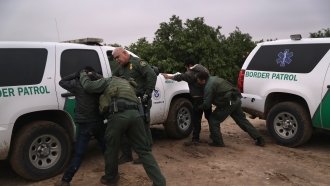 A spokesperson for Immigration and Customs Enforcement (ICE) said in a statement that the use of federal prisons "is intended to be a temporary measure until ICE can obtain additional long-term contracts for new detention facilities or until the surge in illegal border crossings subsides."

But immigrant rights groups are worried about how the transfered immigrants — some of whom may have legitimate asylum claims — would be treated.

"Our federal prisons are set up to detain the worst of the worst. They should not be used for immigration purposes," Ali Noorani, executive director of the National Immigration Forum, told Reuters." Federal prisons are for hardened criminals. They are not physically set up for immigrant landscapers looking for a job or fleeing violence."

So far, Sessions' zero-tolerance policy doesn't seem to have deterred Central American migrants from making the journey to the U.S.

In May, almost 52,000 people at the southern border were either caught trying to illegally enter the U.S. or were denied entry. That's up from about 20,000 in the same month a year earlier.

The five federal facilities that ICE will use to house detainees are located in California, Texas, Oregon, Arizona and Washington.