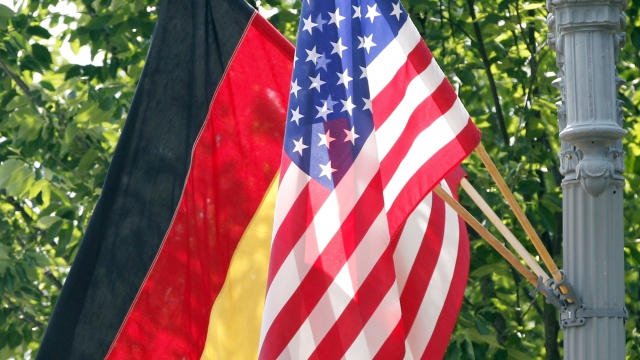 The Trump administration announced Wednesday that the U.S. is pulling nearly 12,000 troops out of Germany, as part of a continental reorganization that has drawn bipartisan opposition in Congress.

Defense officials say roughly half of the troops will return to the U.S. before being redeployed to other European countries. The others will be stationed elsewhere in Europe. The move would still leave about 25,000 troops in Germany.

"The current EUCOM Plan (U.S. European Command)  will reposition approximately 11,900 military personnel from Germany. From roughly 36,000 down to 24,000. ...Of the 11,900 nearly 5,600 service members will be repositioned within NATO countries and approximately 6400 will return to the United States."

Some have expressed concerns that reducing the U.S. military presence in Germany would weaken national security but President Donald Trump says Germany has been taking advantage of U.S. protection.

Foreign Policy magazine says Germany is not behind in paying fees but has failed to meet NATO's defense spending target for members of 2 percent of a country's GDP. Fellow Republican Sen. Mitt Romney called the move “a slap in the face at a friend and ally."

Secretary of Defense Mark Esper offered a different reasoning for the pull back. suggesting the drawback would deter Russia by repositioning troops in the Black Sea region.

Pentagon officials stressed that only a small number of troops would move anytime soon. They said rest of the transition will take years to complete, in part due to the billions of dollars the operation will cost.