U.S. To Pull Troops Out Of Syria Ahead Of Turkish Military Operations 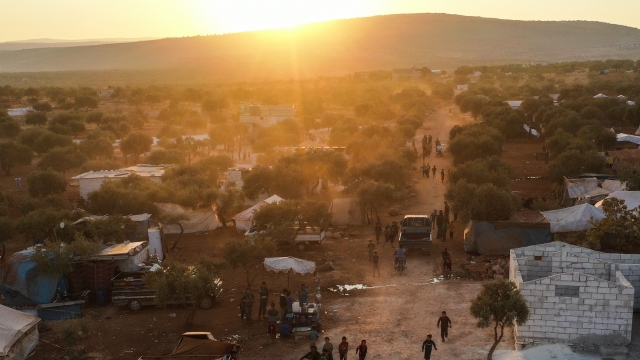 SMS
U.S. To Pull Troops Out Of Syria Ahead Of Turkish Military Operations
By Meg Hilling
By Meg Hilling
October 7, 2019
The move will leave U.S.-backed Kurdish fighters along the Syria border to fend for themselves against any Turkish assault.
SHOW TRANSCRIPT

U.S. forces are withdrawing from posts in northern Syria ahead of an expected Turkish military operation in the region.

The move will leave U.S.-backed Kurdish fighters along the Syria border to fend for themselves against any Turkish assault, despite having been the U.S.'s most reliable partner in fighting ISIS in that corner of Syria. Turkey has long viewed the Kurdish forces as a terrorist organization and has pushed heavily on the U.S. to cut ties with the Kurds, as it has argued for the creation of a "safe-zone" along the border with Syria.

In a statement Sunday, White House Press Secretary Stephanie Grisham said, "Turkey will soon be moving forward with its long-planned operation into Northern Syria." She added, "The United States Armed Forces will not support or be involved in the operation, and the United States forces, having defeated the ISIS territorial 'Caliphate,' will no longer be in the immediate area."

The announcement, which followed a call hours earlier between President Trump and Turkish President Recep Tayyip Erdoğan, is already catching backlash from U.S. lawmakers who fear that allowing Turkey to attack Kurdish forces could send a poor message to American allies.

U.S. Rep. Ruben Gallego said on Twitter: "Allowing Turkey to move into Northern Syria is one of the most destabilizing moves we can do in the Middle East. The Kurds will never trust America again. They will look for new alliances or Independence to protect themselves. Pompeo has failed again."

Meanwhile, the United Nations is weighing in on the anticipated attacks, calling for the protection of civilians in the region. The U.N. regional humanitarian coordinator for the Syria crisis told reporters, "Any (military) operation that takes place at the moment has to take into account to ensure that we don’t see any further displacement." He added, "We are hoping for the best but preparing for the worst."

There are about 1,000 U.S. troops deployed in northeastern Syria.