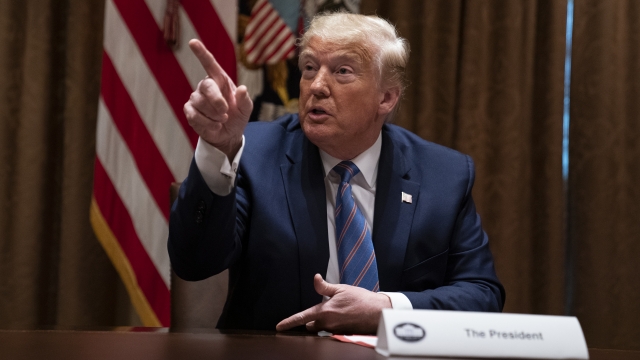 President Trump says the U.S. will take thousands of troops out of Germany because the country is "delinquent" in NATO payments.

On Monday, the president spoke to reporters and confirmed reports that he would be pulling 9,500 troops out of Germany, leaving behind around 25,000. He said the decision was made because Germany owes NATO "billions of dollars."

The president said: "So we're protecting Germany, and they're delinquent. That doesn't make sense. So I said, we're going to bring down the count to 25,000 soldiers."

It's not quite accurate to say Germany is "delinquent" in NATO payments. It's true that Germany is not meeting the NATO goal of spending 2% of its gross domestic product on its own national defense. But the country has until 2024 to meet that mark.

President Trump said once the number of U.S. troops in Germany hits 25,000, then "we'll see where we're going." His decision had already drawn backlash. Last week, Republicans wrote a letter to the president saying they felt that reducing the U.S. military presence in Germany would only "damage U.S. national security as well as strengthen the position of Russia to our detriment."