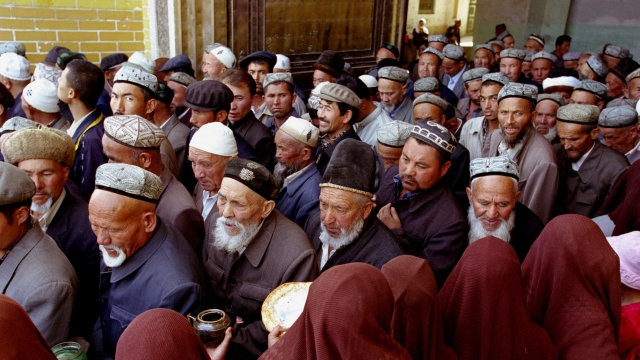 Secretary of State Mike Pompeo says the U.S. will impose visa restrictions against Chinese officials it believes are responsible for human rights violations against Uighurs and other Muslim minorities.

Human rights organizations worldwide say China spies on the Uighurs. The country has reportedly detained 1 million people in what it calls "re-education camps." Multiple international news outlets have reported that people are put into labor camps, tortured and forced to renounce their faith.

The U.S. visa restrictions will be imposed against Chinese government and Communist Party officials. Some of their family members could also be potentially targeted.

Pompeo's announcement follows the Trump administration's decision to blacklist 28 Chinese entities linked in the surveillance and detention of the minority groups.

By placing these 28 groups on the Entity List, the U.S. is essentially banning them from purchasing or importing American products and technology.

A spokesman for China's Foreign Ministry denounced the moves, saying, "These accusations by the U.S. side are merely made-up pretexts for its interference."