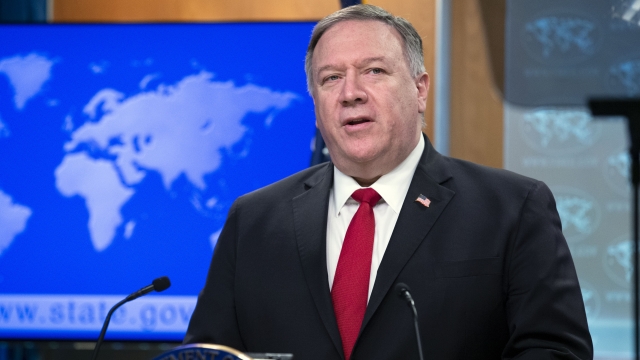 SMS
U.S. To Host Upcoming G-7 Meeting Via Teleconference
By LeeAnne Lowry
By LeeAnne Lowry
March 11, 2020
The State Department said it looks forward to holding future events in Pittsburgh, which was supposed to host the meeting.
SHOW TRANSCRIPT

The U.S. announced Wednesday it will host an upcoming G-7 meeting virtually rather than in Pittsburgh. The State Department said the move is out of an "abundance of caution," presumably due to coronavirus concern.

A department spokesperson thanked Pittsburgh for its willingness to host the meeting and said it looks forward to holding future events there.

The World Health Organization declared the coronavirus outbreak a pandemic on Wednesday. Out of more than 121,000 confirmed cases worldwide, over 1,000 are in the U.S. At least 14 of those cases are in Pennsylvania.

The meeting will include foreign affairs ministers from the U.S., U.K., France, Germany, Italy, Japan and Canada. It's set to take place March 24-25.

The meeting, hosted by Secretary of State Mike Pompeo, precedes the annual G-7 summit in June. The leaders of each G-7 country are still set to meet for that summit at Camp David.