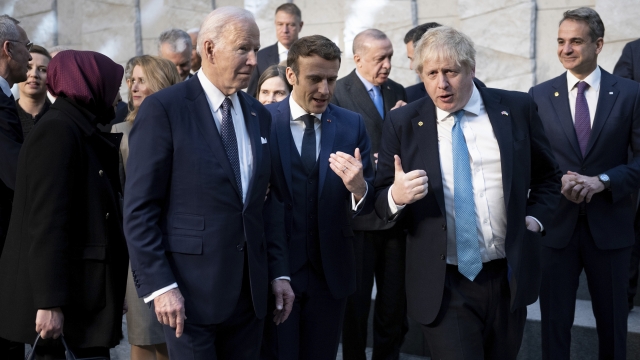 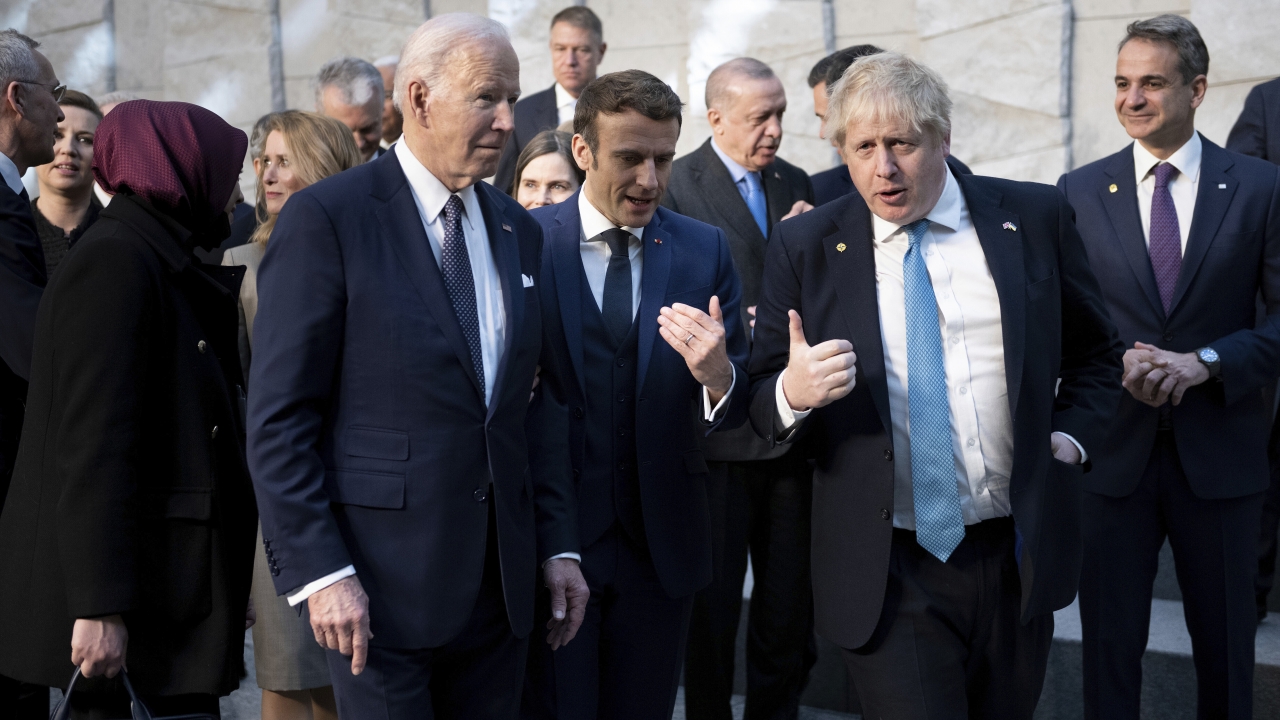 The United States will expand its sanctions on Russia in response to the invasion of Ukraine, targeting members of the country's parliament and the central bank's gold reserves, the White House announced Thursday.

At the same time, Washington will increase its humanitarian assistance by welcoming 100,000 Ukrainian refugees and providing an additional $1 billion in food, medicine, water and other supplies.

The White House announced the initiatives as U.S. President Biden and world leaders gathered in Brussels for a trio of summits in response to the Russian invasion, seeking new ways to limit the economic and security fallout from the conflict.

Ukrainian President Volodymyr Zelenskyy addressed the day's first meeting, an emergency NATO summit, where he called for "military assistance without limitations." He pleaded for anti-air and anti-ship weapons, asking "is it possible to survive in such a war without this?"

"It feels like we're in a gray area, between the West and Russia, defending our common values," Zelenskyy said during the video address. "This is the scariest thing during a war — not to have clear answers to requests for help!"

A U.S. official, who requested anonymity to discuss internal deliberations, said Western nations are discussing the possibility of providing anti-ship weapons amid concerns that Russia will launch amphibious assaults along the Black Sea coast.

Secretary-General Jens Stoltenberg opened the closed-door summit with a sober warning that the alliance must boost its defenses and "respond to a new security reality in Europe."

"We gather at a critical time for our security," he said, addressing the leaders seated at a large round table. "We are united in condemning the Kremlin's unprovoked aggression and in our support for Ukraine's sovereignty and territorial integrity."

Stoltenberg said the alliance is "determined to continue to impose costs on Russia to bring about the end of this brutal war."

In addition to the NATO summit, Brussels is also hosting separate summits of the Group of Seven industrialized nations and if the European Union. President Biden is attending all three meetings and will hold a news conference afterward.

While the West has been largely unified in confronting Russia after it invaded Ukraine, there's wide acknowledgment that unity will be tested as the costs of war chip at the global economy.

The bolstering of forces along NATO's eastern flank, almost certainly for at least the next five to 10 years if Russia is to be effectively dissuaded, will also put pressure on national budgets. 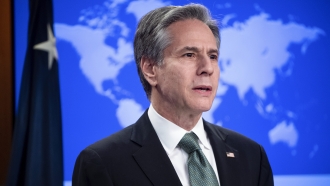 "We need to do more, and therefore we need to invest more. There is a new sense of urgency and I expect that the leaders will agree to accelerate the investments in defense," Stoltenberg said before the summit.

President Biden's national security adviser, Jake Sullivan, said the U.S. wants to hear "that the resolve and unity that we've seen for the past month will endure for as long as it takes."

The energy crisis exacerbated by the war will be a particularly hot topic at the European Council summit, where leaders from Spain, Portugal, Italy and Greece are hoping for an urgent, coordinated bloc-wide response. E.U. officials have said they will seek U.S. help on a plan to top up natural gas storage facilities for next winter, and they also want the bloc to jointly purchase gas.

German Chancellor Olaf Scholz has dismissed calls to boycott Russian energy supplies, saying it would cause significant damage to his country's economy. Scholz is facing pressure from environmental activists to quickly wean Germany off Russian energy, but he said the process will have to be gradual.

"To do so from one day to the next would mean plunging our country and all of Europe into recession," Scholz said Wednesday.

Poland and other eastern flank NATO countries will also be looking for clarity on how the United States and fellow European nations can assist in dealing with their growing concerns about Russian aggression as well as a spiraling refugee crisis. More than 3.5 million refugees have fled Ukraine in recent weeks, including more than 2 million to Poland.

President Biden is scheduled to visit Poland on Friday, where both issues are expected to be at the center of talks with President Andrzej Duda. Another significant moment could come shortly before President Biden returns to Washington on Saturday. The White House said he plans to "deliver remarks on the united efforts of the free world to support the people of Ukraine, hold Russia accountable for its brutal war, and defend a future that is rooted in democratic principles."

Sullivan said President Biden and fellow leaders would aim to "set out a longer-term game plan" for what forces and capabilities are going to be required for the alliance's eastern flank countries.

Four new NATO battlegroups, which usually number between 1,000-1,500 troops, are being set up in Hungary, Slovakia, Romania and Bulgaria. 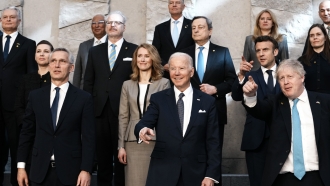 All the while, national security officials from Washington to Warsaw are increasingly worried that Putin might deploy chemical, biological or even nuclear weaponry. Sullivan said the allies would consult on how to respond to "potential contingencies" of that sort.

President Biden said this week that the possibility of chemical weapons use by Russia was a "real threat."

Stoltenberg declined Thursday to discuss whether such a strike is a red line that would draw the alliance into war with Russia. "I will not speculate beyond the fact that NATO is always ready to defend, to protect and to react to any type of attack on a NATO allied country," he said.

Kremlin spokesman Dmitry Peskov in a CNN interview this week said that Russia could consider using its nuclear weapons if it felt there was "an existential threat for our country."

Ursula von der Leyen, head of the European Union's executive arm, said before President Biden's visit that she wants to discuss the possibility of securing extra deliveries of liquefied natural gas from the United States for the 27-nation bloc "for the next two winters."

The E.U. imports 90% of the natural gas used to generate electricity, heat homes and supply industry, with Russia supplying almost 40% of E.U. gas and a quarter of its oil. The bloc is looking at ways to reduce its dependence on Russian gas by diversifying suppliers.

Sullivan said the United States was looking for ways to "surge" LNG supplies to Europe to help.

One new sanctions option that President Biden is weighing is to target members of the Russian State Duma, the lower house of parliament, according to a U.S. official who spoke on the condition of anonymity to discuss private deliberations. The new sanctions would be rolled out in coordination with Western allies.

President Biden arrived in Brussels with Americans increasingly accepting of the need for the U.S. to help stop Putin, according to a poll from The Associated Press-NORC Center for Public Affairs Research.

But even as concern among Americans has swelled and and support for a major U.S. role in the conflict strengthened in the last month, President Biden's negative approval rating has not budged, the AP-NORC poll found. Few are very confident that he can handle a crisis, and a majority thinks he lacks toughness in dealing with Russia.

President Biden promised voters that he had the experience to navigate a complicated international emergency like the one unfolding in Europe and his trip will be the latest test of that proposition.