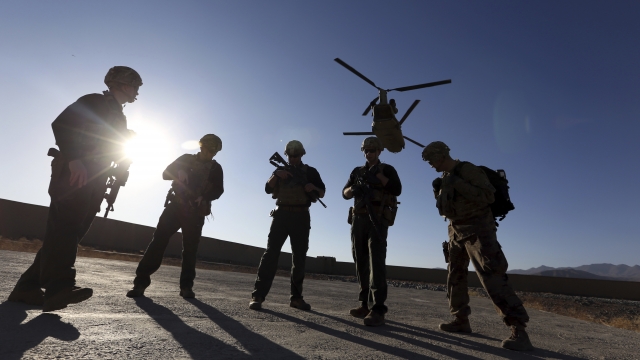 America is just days away from ending its longest war.

Officials expect all but a handful of U.S. troops to be out of Afghanistan by the Fourth of July with other coalition forces following soon after.

But things in Afghanistan seem to be getting worse. The Taliban is seizing more districts all over the country — some with significant strategic value.

The top American general in Afghanistan warns deploying militias to help the government's over-extended security forces risk plunging it into yet another civil war.

"As we start talking about how does this all end, the way it must end for the Afghan people is something that revolves around a political solution. I have also said that if you don't reduce the violence that political solution becomes more and more difficult," said Gen. Austin Miller.

Gen. Miller says it's too soon to judge the legacy of America's nearly 20-year involvement in Afghanistan.

But the country's former president wasn't so forgiving.

"The campaign was not against extremism or terrorism, the campaign was more against afghan villages and homes; putting afghan people in prisons, creating prisons in our own country against our people and bombing our villages. That was very wrong," said former Afghanistan President Hamid Karzai.

And it's turned some Afghans against their own for working with the U.S. Forces.