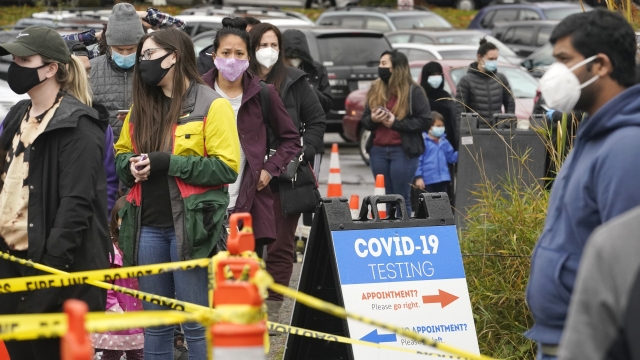 The U.S. Surgeon General told Americans this is an "urgent moment" for the country.

That's nearly the population of Buffalo, New York. And the number of daily deaths keeps rising. Now, one American is dying from COVID every minute.

We say this not to scare you, but it's easy to get lost in the numbers reported every single day.

So we wanted to put them in context for you. The U.S. Surgeon General told Americans this is an "urgent moment" for the country.

"We're now in the red as a nation. In the last 30 days, we have seen a 276% increase in cases and a 180% increase in hospitalizations," said U.S. Surgeon General Dr. Jerome Adams. "So, I want people to understand this is an urgent moment for our nation. We really need to understand this is different than even in March in April because we have spread all across the country.”