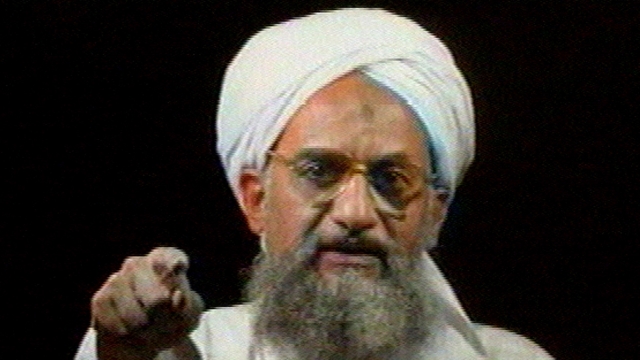 U.S. intelligence officials tracked down one of the FBI's most wanted — Ayman al-Zawahri — to downtown Kabul, Afghanistan and took him out in a drone strike over the weekend.

"No matter how long it takes, no matter where you hide, if you are a threat to our people, the United States will find you and take you out," President Joe Biden said. "This mission was carefully planned, rigorously to minimize the risk of harm to other civilians. And one week ago, after being advised that the conditions were optimal, I gave the final approval to go get him. And the mission was a success. None of his family members were hurt, and there were no civilian casualties."

Al-Zawahri took over as Al-Qaeda's leader after a U.S. raid killed Osama bin Laden in 2011.

As the No. 2 member of the terrorist organization under bin Laden, he is long believed to be the man behind the plan for the Sept. 11 terrorist attacks on the U.S. that killed almost 3,000 people, took down the twin towers and damaged the Pentagon.

"To the families — mothers, husbands, wives, sons, daughters, brothers and sisters, friends and co-workers of that serious September day, it is my hope that this will bring one more measure of closure," the president continued.

According to President Biden, al-Zawahri was the mastermind behind terrorist attacks against Americans for decades, including the bombing of the U.S.S. Cole that killed 17 American sailors. He was also involved in the attacks against U.S. embassies in Kenya and Tanzania, killing over 200 Americans and injuring hundreds more.

"Justice has been delivered and this terrorist leader is no more," President Biden said.

All this comes almost a year after the U.S. pulled its troops out of Afghanistan after more than 20 years of fighting, giving the president a much-needed counterterrorism win.

"This is the great defining truth of our nation: We do not break, we never give in, we never back down," he said.