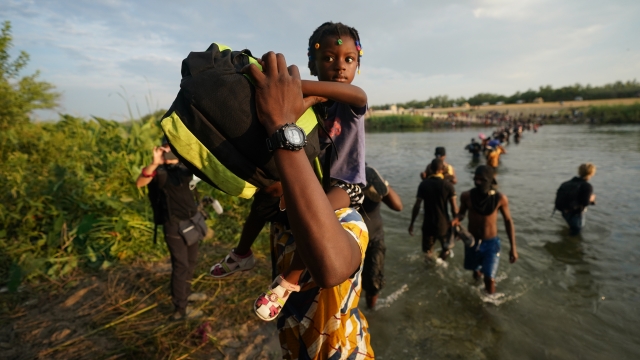 SMS
U.S. Steps Up Deportation Of Haitian Migrants
By Newsy Staff
By Newsy Staff
September 21, 2021
More than 6,000 Haitians and other migrants have already been removed from an encampment in Del Rio, Texas.
SHOW TRANSCRIPT

The Biden administration is stepping up the number of migrant flights from the U.S. to Haiti.

More than 6,000 Haitians and other migrants have already been removed from an encampment in Del Rio, Texas.

Border agents are facing criticism for how they're trying to stop migrants from entering the country. Videos show agents on horseback using what appear to be whips to push them back.

"What I saw depicted about those individuals on horseback, treating human beings the way they were, is horrible," Vice President Kamala Harris said. "And I fully support what is happening right now, which is a thorough investigation into exactly what is going on there. Human beings should never be treated that way and I'm deeply troubled about it."

Texas Gov. Greg Abbott also spoke on the situation at the border and said the state will arrest and jail anyone who crosses illegally.