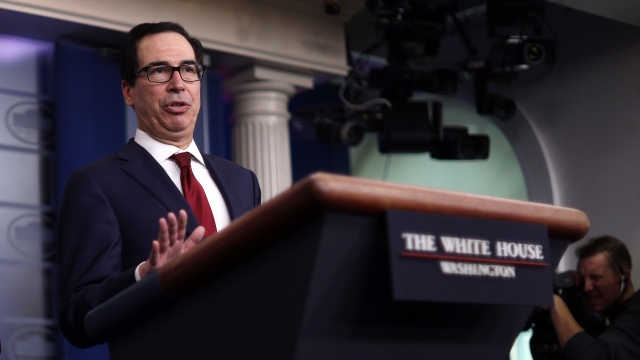 "We will continue to apply economic sanctions until Iran stops its terrorist activities and commit that it will never have nuclear weapons," Treasury Secretary Steven Mnuchin said.

The Trump administration is slapping new sanctions on Iran in the wake of attacks on U.S. and allied troops earlier this week.

Treasury Secretary Steven Mnuchin detailed the latest round of economic sanctions alongside Secretary of State Mike Pompeo at the White House Friday.

The sanctions will target Iran's metal exports — including iron, steel, aluminum and copper — and eight of the country's senior officials involved in "destabilizing" activities. Mnuchin said the penalties will cut off billions of dollars of support to the Iranian regime.