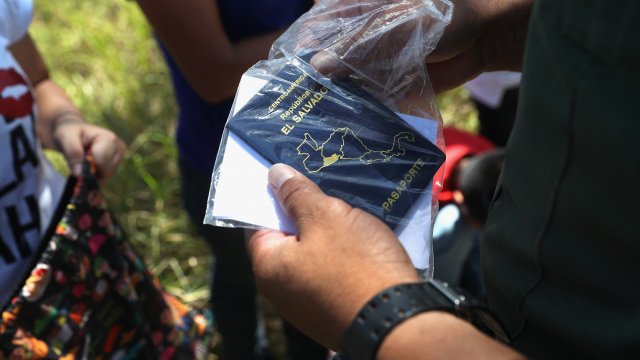 SMS
U.S. Signs Asylum Agreement With El Salvador
By Ahmed Jawadi
By Ahmed Jawadi
September 20, 2019
The U.S. will reportedly help develop an asylum system in El Salvador, a country with one of the highest murder rates in the world.
SHOW TRANSCRIPT

The U.S. has signed a new agreement that could allow it to send certain migrants apprehended at the southern border to El Salvador to seek asylum protections.

Acting Homeland Security Secretary Kevin McAleenan announced the "cooperative asylum agreement" on Friday. He provided few details but said the plan would involve the U.S. partnering with El Salvador to help develop an asylum system in the country. McAleenan said the agreement could mean migrants who pass through El Salvador en route to the U.S. border could be sent back there for refuge.

This is the latest effort to stem the flow of migrants at the southern border. McAleenan reached a similar agreement with Guatemala earlier this year, but it has yet to be implemented.

El Salvador has one of the world's highest murder rates, and close to one-third of the country's households live in poverty.